The Hotel Palacio Matutano Dauden is located in Iglesuela del Cid, a charming town located in the Maestrazgo de Teruel and divided by two rivers.

Discover the heart of the Maestrazgo area, in Teruel.

Discover the heart of the Maestrazgo area, in Teruel.
The Matutano-Dauden Palace is located in La Iglesuela del Cid, a town in the Maestrazgo region of Teruel, divided by two rivers. Its old quarter was declared an Asset of Cultural Interest in 1982 for preserving important civil and religious buildings, examples of the architecture built in Aragon since the Middle Ages.
La Iglesuela also stands out for having one of the oldest looms in Aragon, which has been in operation since 1746. The Textile and Clothing Interpretation Centre shows the importance of this industry linked to livestock farming.
Near La Iglesuela del Cid is the Sanctuary of the Virgen del Cid. The original construction dates to the 15th century, when a hermitage was erected here over an ancient Roman funerary monument, in honour of a carving of the Virgin found there in the 12th century. Archaeological remains of the Roman mausoleum, dating from the 1st century, remain. According to tradition, El Cid visited this place on several occasions, although there is no documentary evidence of this fact.
Furthermore, a large part of the municipality of La Iglesuela del Cid has been declared an area of ethnological interest due to the architectural samples made with the dry-stone technique, declared a World Heritage Site by UNESCO in 2018. 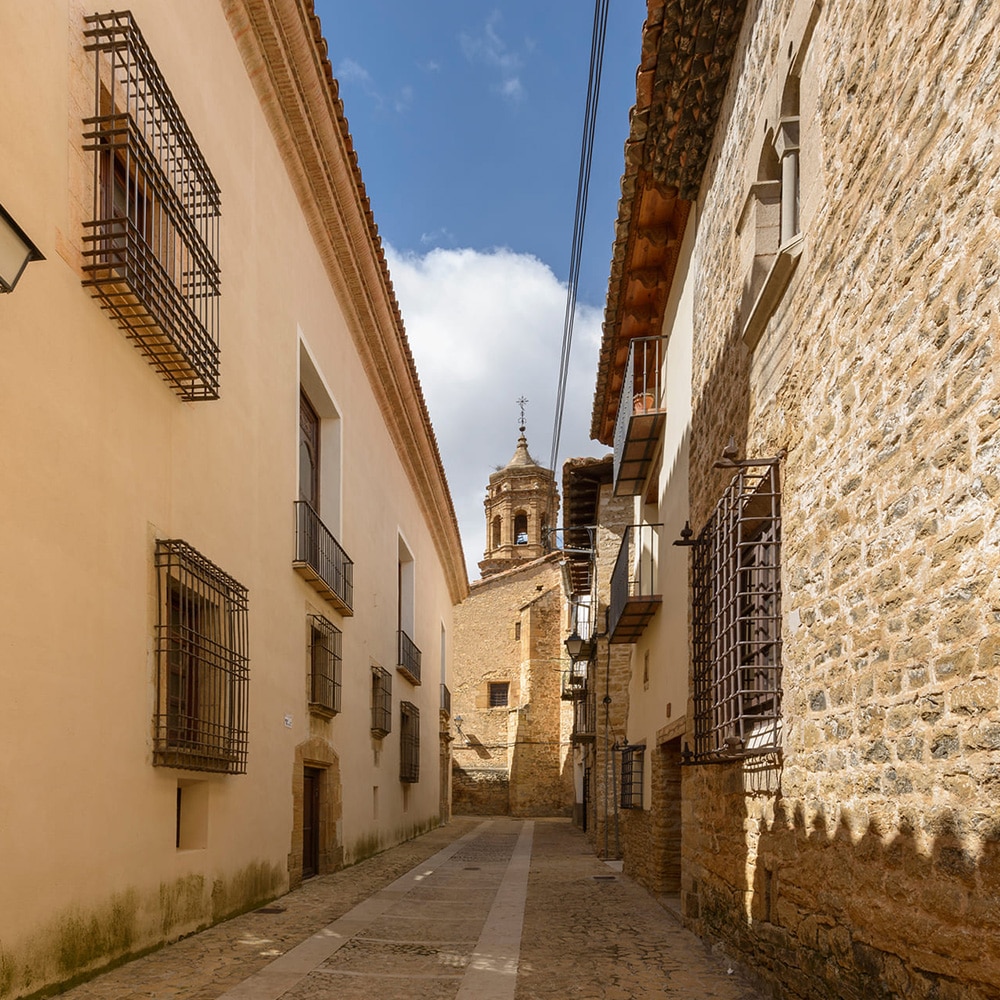 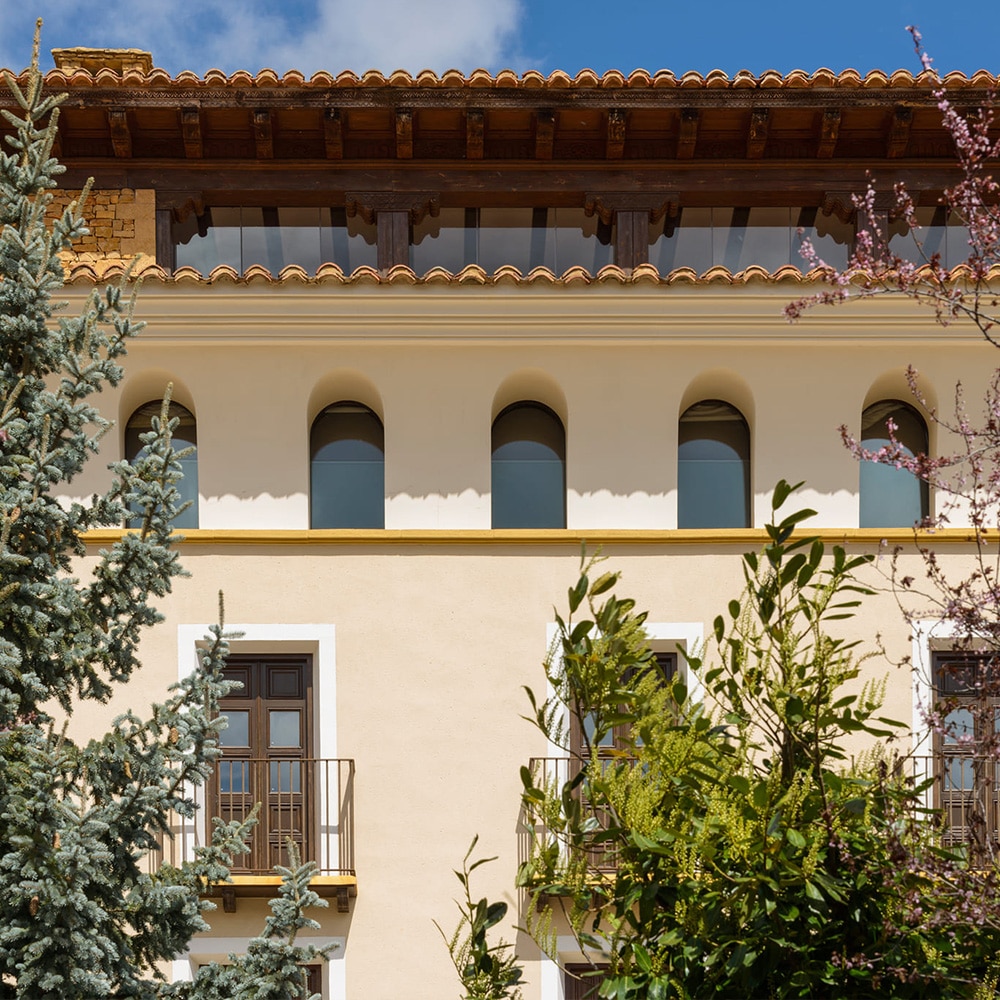 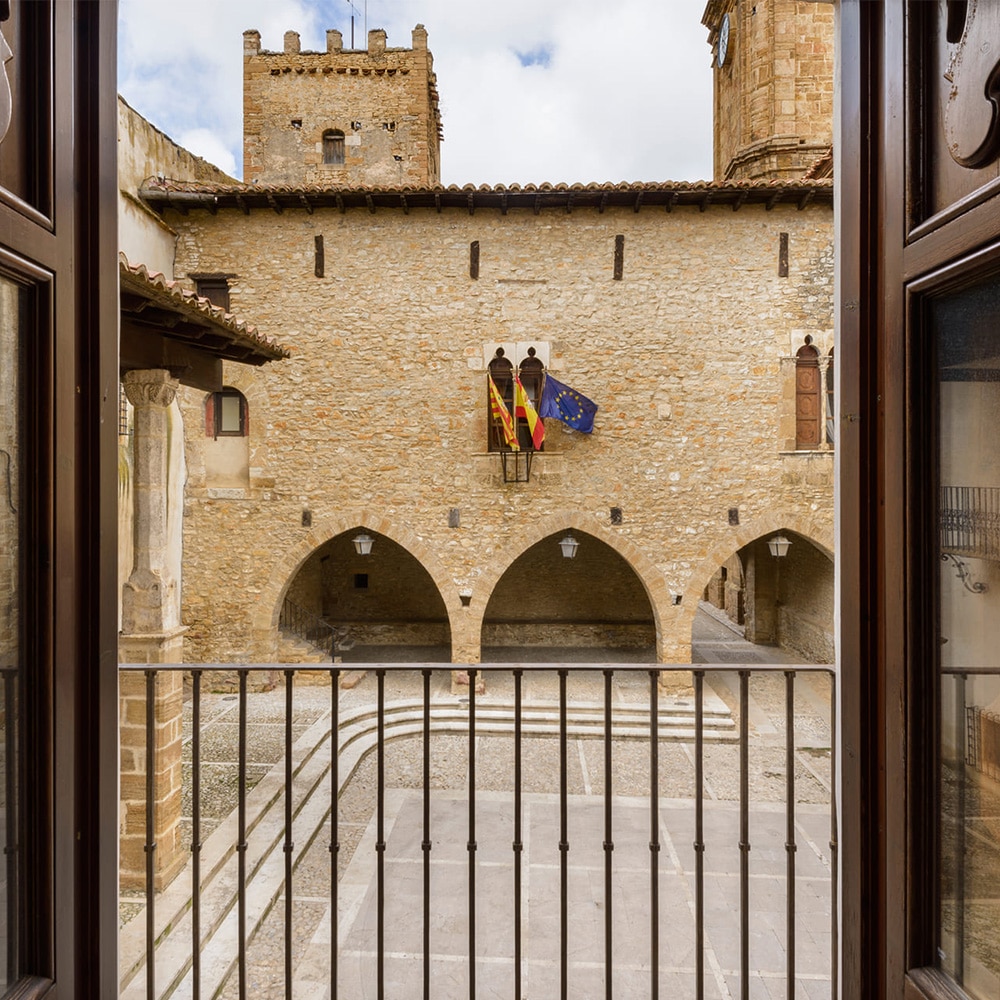 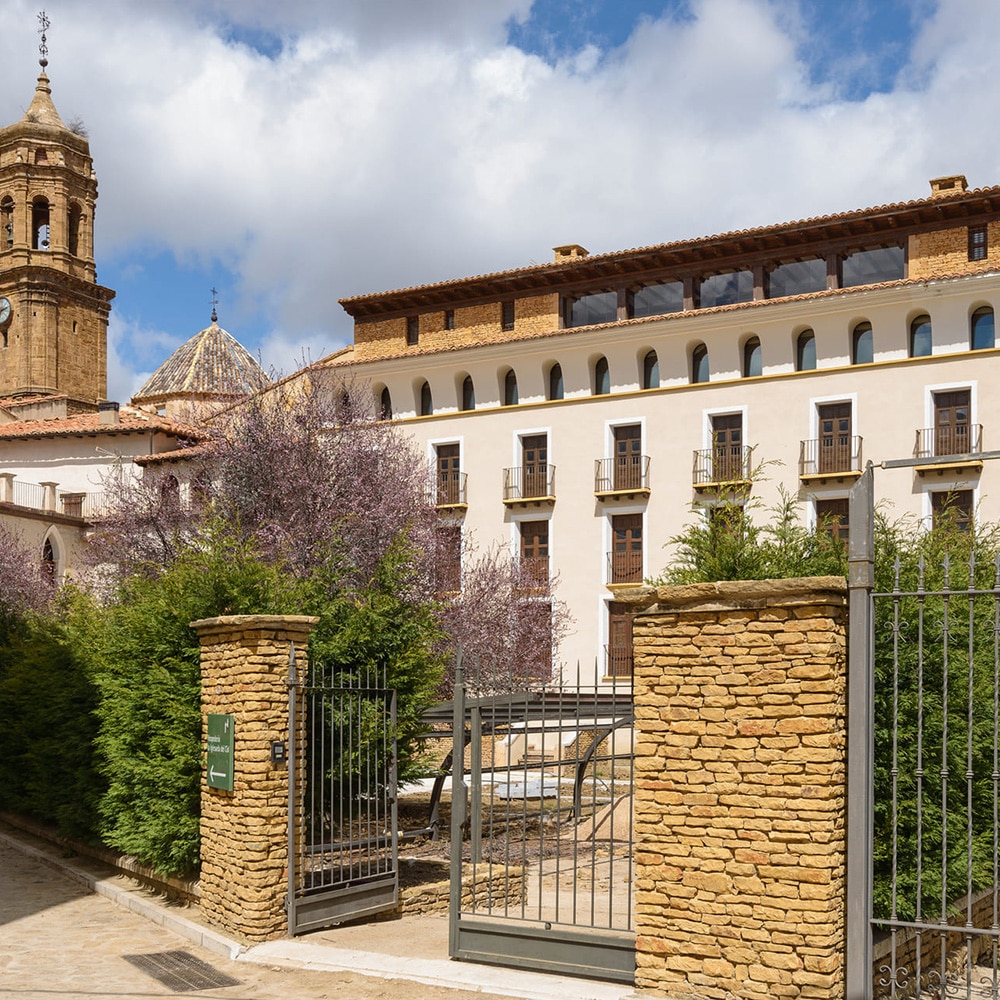 How to get to Hotel Palacio Matutano Dauden.

The Hotel Palacio Matutano Dauden is located in an area easily accessible by car, following the indications on the map is an intuitive and simple route.
The nearest airport is Castellón de la plana, which is 1 hour and 15 minutes away by car.